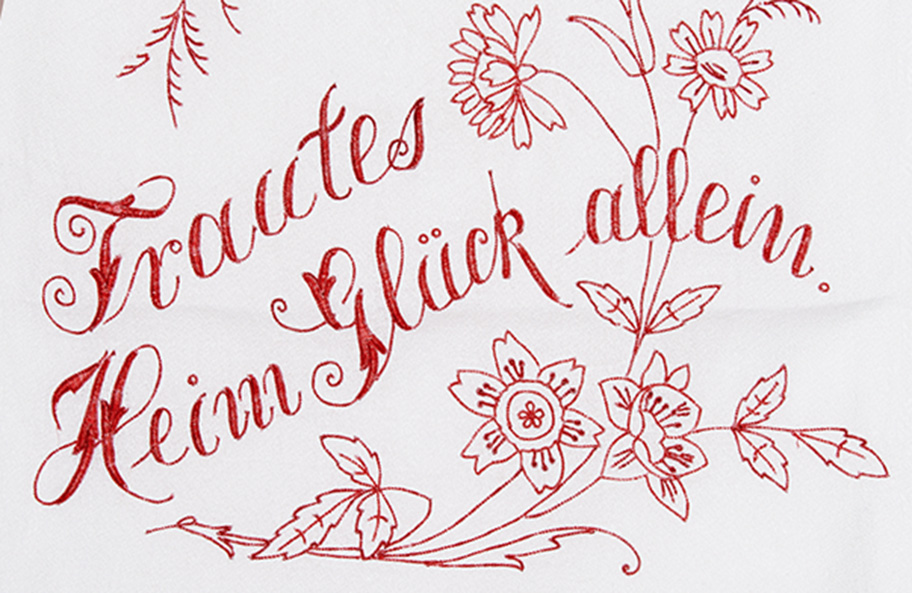 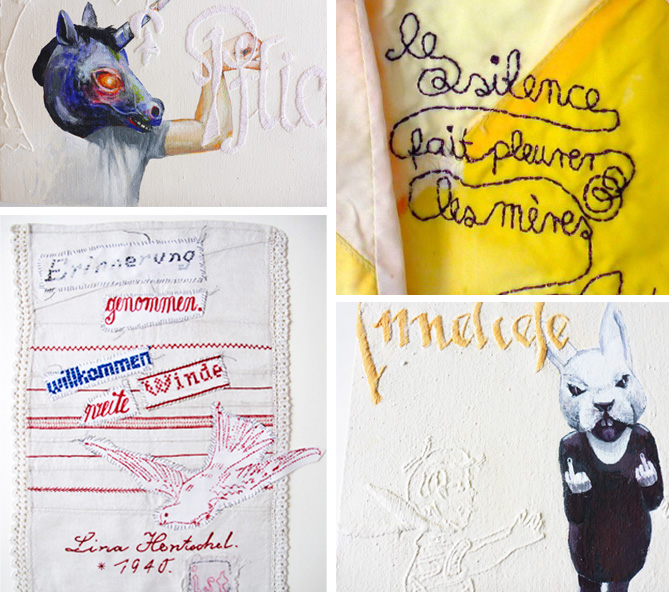 The exhibit presents the embroidery of both common sayings and moral advice on cloth items such as handkerchiefs, blankets and wall hangings. During this embroidery's height of popularity between 1870 and 1930, such items were often featured prominently in German households, whether folded in linen closets, laid on surfaces or hung on sitting room walls. The moral and religious sayings decorated the households of all social and economical standings.

Such handiwork served the dual purpose of teaching lessons while simultaneously brightening the home, of creating moral order while providing decoration. Beyond this, these cloths are an important aspect of the female tradition. They bear witness to a former era’s conception of womanhood and its definition of a woman’s worth and her societal role. The effect was the relegation of the woman to the ‘private sphere’ of the household, while the corresponding ‘public sphere’ of the political and professional world remained reserved for men. Much of the embroidery recalls the hard work, piety, thriftiness, and domesticity of women defined by their roles as wife, mother, and above all homemaker.

Families displayed, preserved, and passed on these handicrafts. Any embroidery that was passed on was done so exclusively through the female line. These handicrafts can be understood as genealogy preserved by women.

Artists Birgit Rüberg and Veronika Olma have embellished these historical artifacts with contemporary art. With wit and a sense for the absurd, these women illuminate through their work a new societal understanding.

sponsored by the state of Hesse