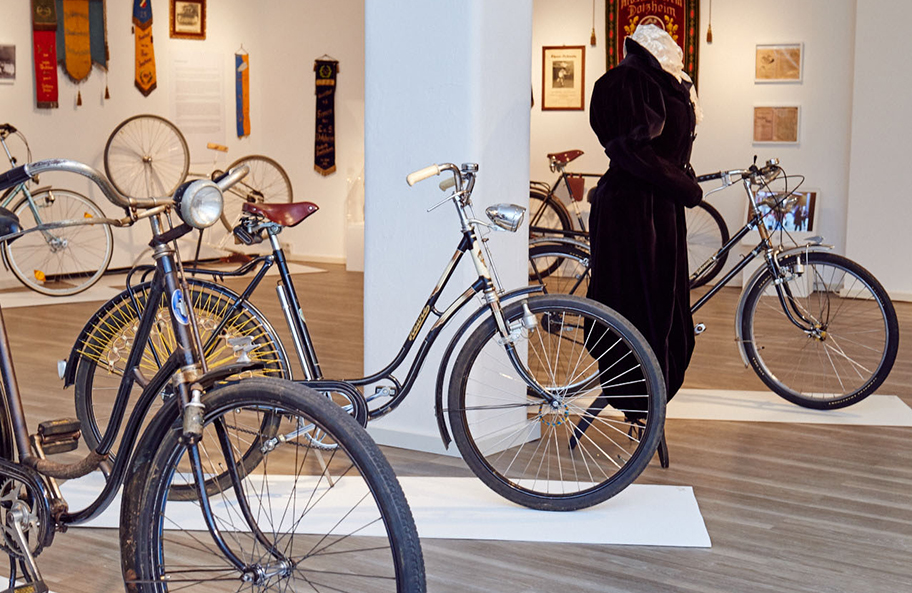 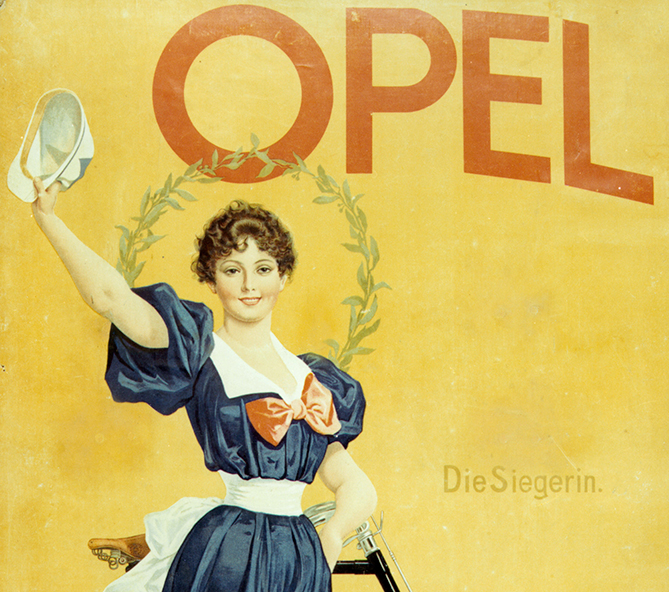 The frauen museum wiesbaden celebrates the 200th birthday of the bicycle and invites its visitors from November 13th, 2016 to October 29th, 2017 to take a trip through the history of women‘s cycling.

In its infancy the bicycle was a luxury item, a privilege of aristocratic and bourgeois men. The Draisian „Laufmaschine“ („running machine“) of 1817, the Michauline and the high wheel were unsuitable with contemporary women’s clothing in the 19th century. Tricycles presented a suitable compromise. The invention of the low wheel finally triggered a boom in cycling. The bicycle offered women a new dimension of mobility. From the very beginning, however, there have been discussions about the possible physical and mental impact cycling could have on women’s well-being. Prejudices against women cycling extended far into the 1920s.

In this special exhibition, historical women’s bicycles, postcards, advertising panels and cycling club memorabilia are presented, thus providing an insight into the cultural history of the mobility the bicycle and cycling have offered to women.