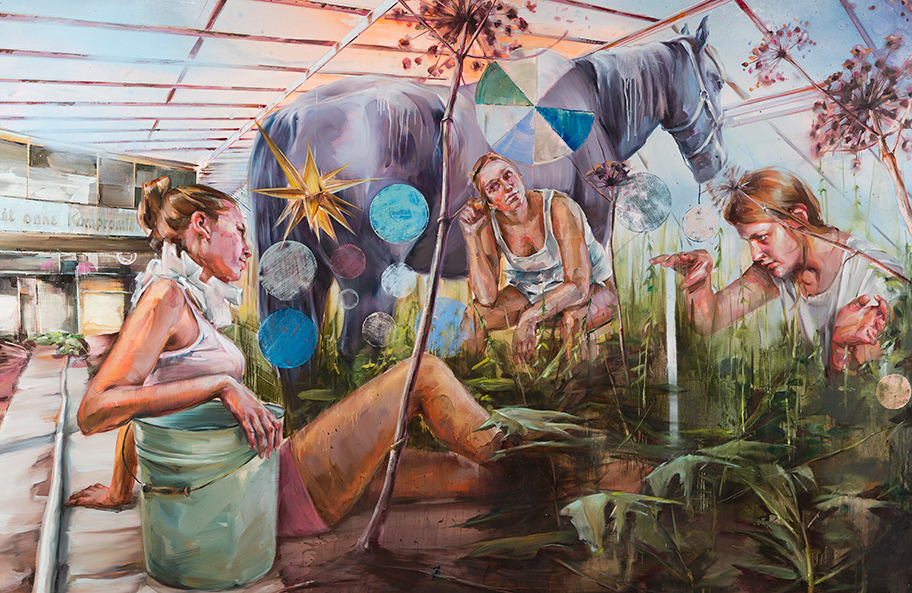 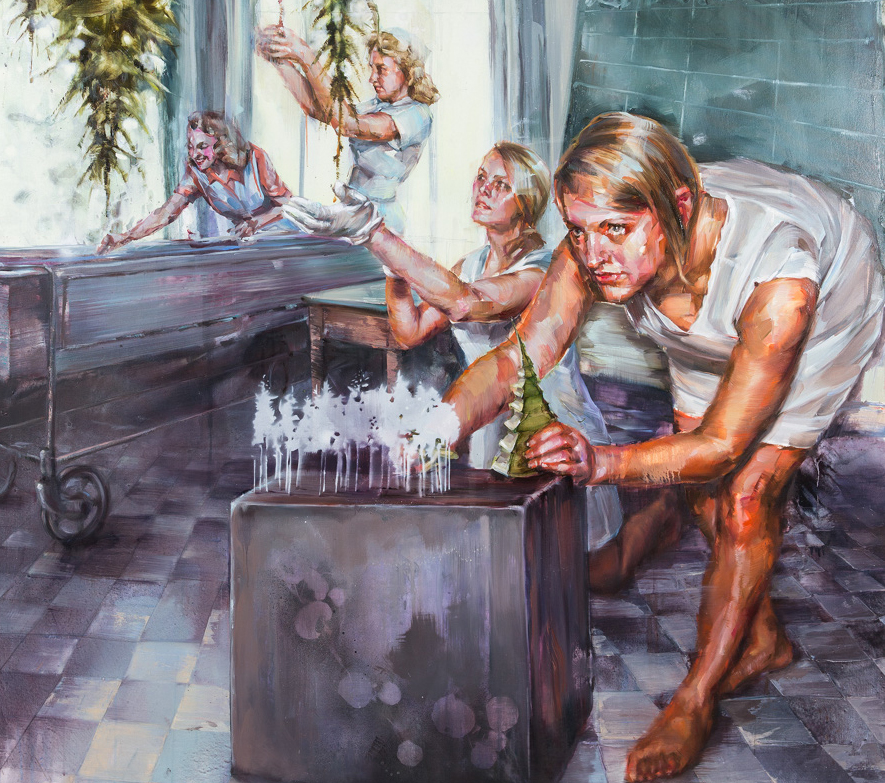 The surreal and alienating imagery, mysterious scenes and fascinating visions of Justine Otto’s work challenge the onlooker to come to terms with the core themes of human existence.

Girls, women and animals inhabit the metal coolness of the artist’s imaginative world. Are these protagonists the AMIS DE TOUJOURS?
Friendships are of paramount importance for humans. Friendships endure a lot and have a certain mystery to them. Just like the pictorial worlds of Justine Otto which oscillate between being and seeming, irritating the onlooker at some points.
In most of the large scale paintings, themes like good and evil, life and death, guilt and innocence are central. Justine Otto asks us to reflect about societal and interhuman relations. Uncompromising yet subtle she uncovers the ambivalence of reality by releasing her protagonists into unsettling situations.
At first glance, her works appear to narrate stories, snapshots of every-day life. But a closer look reveals a rather abstract world. World and counterworld merge into symbiosis.
Up close the pictorial vividness of the brush strokes is visible, far apart from the Naturalist wide-angle focus: Even in her technique, Justine Otto addresses the unsettling ambivalence of her motives.

Born 1974 in Poland, the artist studied at the Städelschule Frankfurt am Main and became a master student at free painting. 2000 - 2001 an exchance scholarhip enabled her to study at the Accademia D’Arte di Brera in Milan. In 2011, Justine Otto was awarded with the Kunstpreis des Lüneburgischen Landschaftsverbandes e.V. and the Kulturförderpreis Bildende Kunst des Landkreises Lüneburg, 2014 she received the phillips collection emerging artist price in Washington D.C.. Justine Otto resides and works in Hamburg and Berlin.