Where is Mrs. Orpheus? 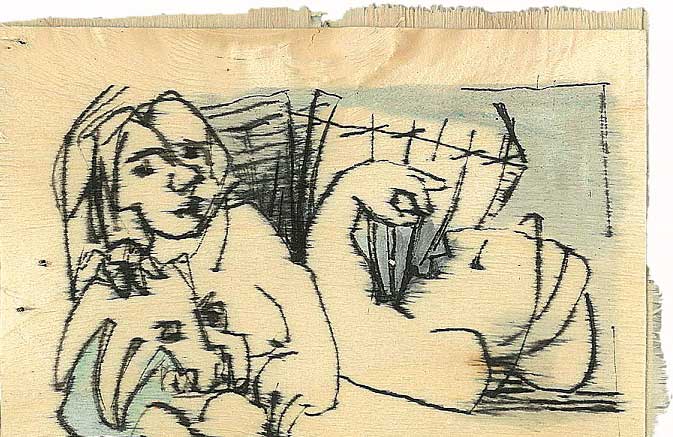 Many are familiar with the legendary singer Orpheus, but who was his wife? Was it Eurydike, whom mythology barely discusses? Christine Rieck-Sonntag, artist and resident of Bulgaria, began her own search for the answer. Orpheus was after all a Thracian rather than a Greek, and was a native of the 'Old Europe' Neolithic culture of 8000 years ago of what is now Southeastern Europe, including modern day Bulgaria.

Christine Rieck-Sonntag scratched her vision of free love on wooden boards taken from old fruit crates, choosing the difficulty and resistence of the rough, cumbersome materials in her quest to uncover the buried origins of 'Mrs. Orpheus.' What has become of Mrs. Orpheus in this EU country of today?

The artist traveled with open and inquisitive eyes through Bulgaria, visiting archaeological digs and museums along the way. It seems that her hands recalled these experiences as she formed the figures of these old goddesses, just as soon as the clay touched her fingers.